Not by Chance Alone 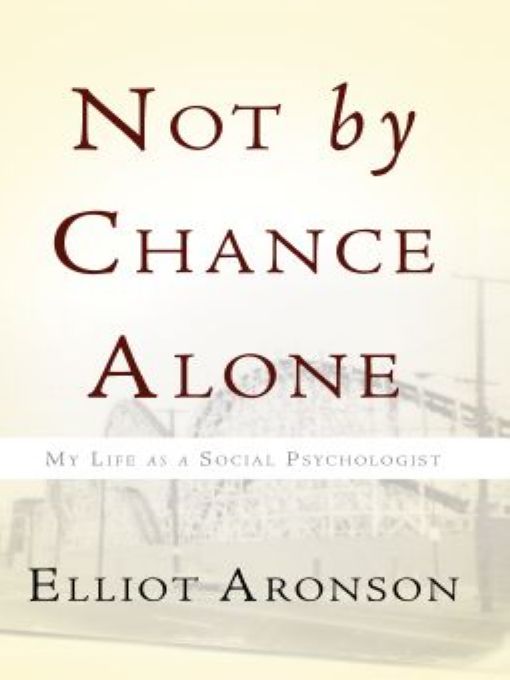 《Not by Chance Alone》brief introduction：
How does a boy from a financially and intellectually impoverished background grow up to become a Harvard researcher, win international acclaim for his groundbreaking work, and catch fire as a pioneering psychologist? As the only person in the history of the American Psychological Association to have won all three of its highest honorsfor distinguished research, teaching, and writing Elliot Aronson is living proof that humans are capable of capturing the power of the situation and conquering the prison of personality. A personal and compelling look into Aronson’s profound contributions to the field of social psychology, Not by Chance Alone is a lifelong story of human potential and the power of social change.

display more
《Not by Chance Alone》The authorElliot Aronson Introduction：
Elliot Aronson Elliot Aronson ● The most outstanding contemporary social psychologist, academician of the American Academy of Arts and Sciences. ● The only Psychologist in the 120-year history of the American Psychological Association to receive all three awards: the Distinguished Research Award, the Outstanding Teaching Award, and the Distinguished Literary Award. ● Masters from Maslow, McClellan, and Ferstinge have achieved significant research results in the entire psychology community in areas such as cognitive dissonance and personal attraction. ● His book "Social Animals" was hailed as "The Bible of American Social Psychology," and has been updated to the 11th edition. It has been translated into 14 languages. ● In his later years, he lost his eyesight and remained committed to writing and teaching psychology. He devoted his life to social psychology.

Not by Chance Alone read online